It was estimated that in February, 2015 over 2.5 billion people use email. By 2019 that number is projected to hit 2.9 billion. That’s more than the collective user bases of Facebook, Twitter & Instagram.

You know that all too common ‘a-ha!’ moment? The one that comes right after you figure out the solution to the seemingly unsolvable problem you were having. It’s a nice feeling. An instant rush of dopamine follows suit as your brain becomes excited at the thought of what new opportunities await. And maybe a sense of relief too.

GuessBox came about in such a moment, and I hope by the end of this post you feel the same way. 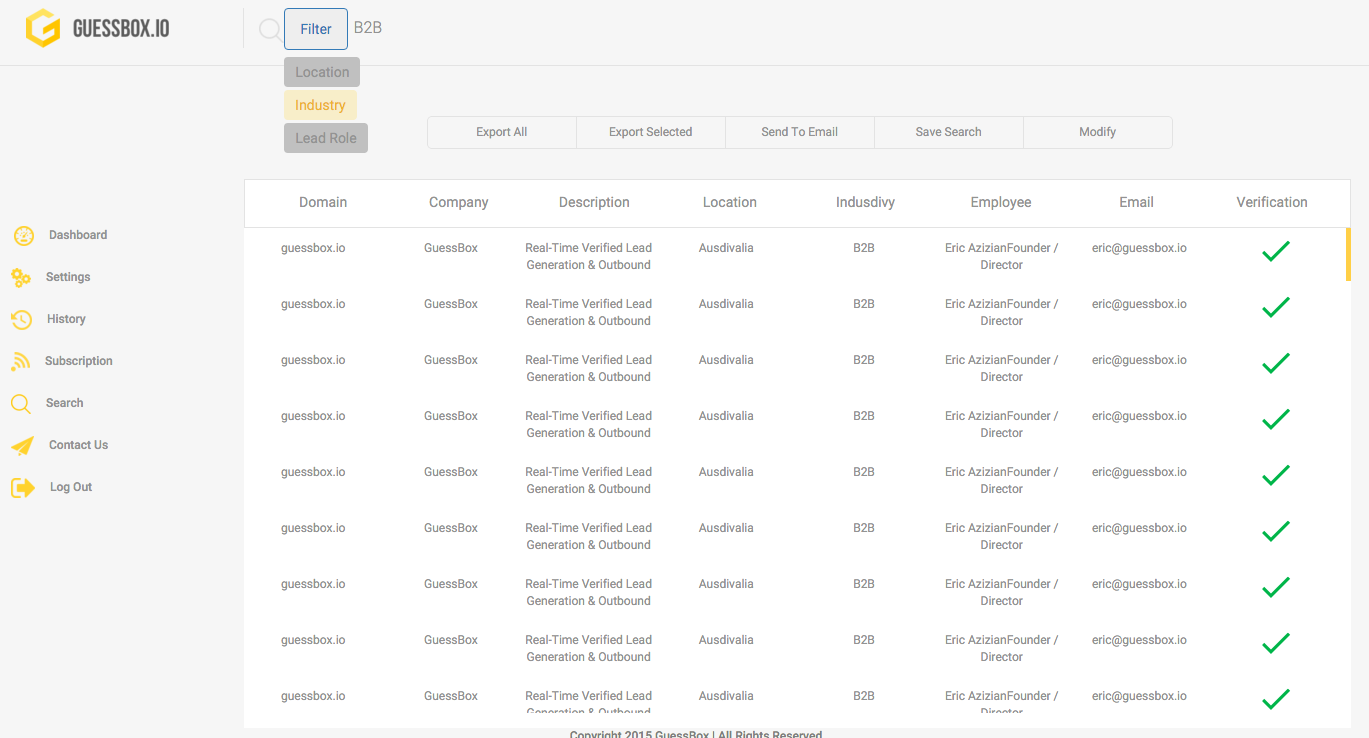 GuessBox was created with the intention of simplifying the lead generation process for the B2B space. Did you know that the majority of companies still spend time and money on manually searching out the contact details of prospective businesses?

Earlier in 2015, during my teneur at Flippa.com and Influx.com - I realized there was a gap in the efficiency of our outbound marketing. Too much time was spent trying to find that ‘perfect set of leads’ and then reaching out to them.

I decided there must be an easier way. So, in my spare time using a simple Google Spreadsheet and a bunch of APIs I tried to build a solution to that problem. 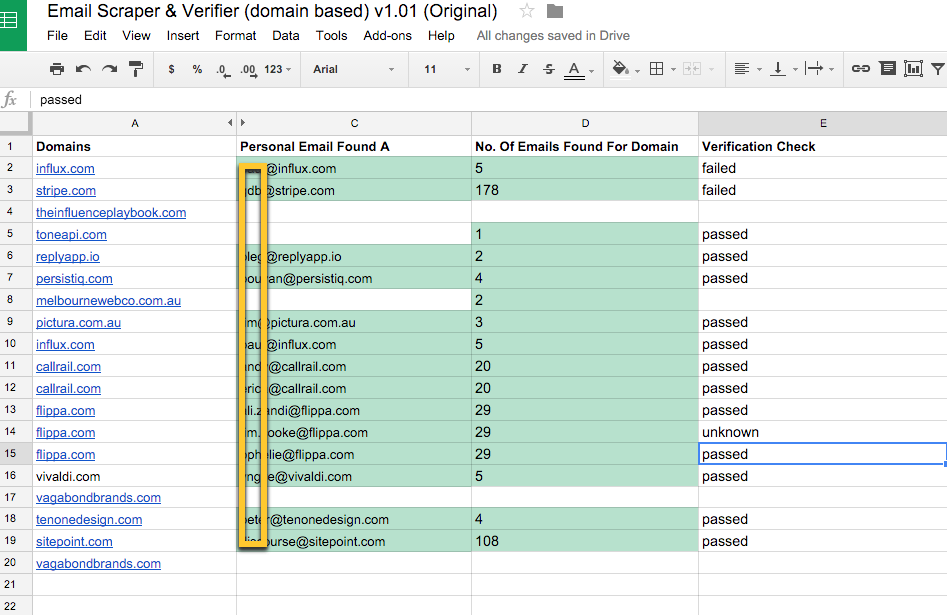 Version 1 allowed you to add a domain and then app would return a personal email related to that domain (i.e. eric@guessbox.io, instead of support@guessbox.io). Kind of cool, but not comprehensive enough yet to incorporate into your marketing campaign.

We all know that personalizing an email receives much higher Open & Click-Through Rates. So, this version used simple REGEX to extract the person’s name and company from their email. It would then capitalize the results as necessary and return them in a separate column.

As things go, I didn’t think it was enough yet. So, version 1.5 was built by integrating a web crawler with an email verification system. It was OK, but was limited to finding contact details that were only listed publicly. This meant that for most companies that weren’t in the tech space, or big enough then no details could be found.

After many more iterations, and hacked together processes GuessBox was born. A user no longer had to input their own list of domains and wait through a strenuous battle of browser lag we returned one result, with no job-title or accurate verification status.

Instead, by simply providing Location, Industry & Lead Role, GuessBox would retrieve a plethora of information, formatted beautifully and ready to export into an email client of your choice.

Moreover, we realized that a lot of the data that is publically available, isn’t accurate. It’s decaying, so simple web crawling wouldn’t work (High bounce rates are not good for your email server’s reputation).

Eventually we came up with a clever algorithm that didn’t need to search the web for emails, but instead, provided the information, it would generate the most likely email for that person/company (using several different factors) and then verify it in real-time to make sure the data that user was getting was always accurate.

The results we have seen thus far have been amazing! Customers like TribeGrowth.com managed to secure 3 paying customers within the 5 minutes of their first email being sent out. WeConnectSocial.com received meetings from interested multi-million dollar companies in the space of a few hours.

On that note, I’m even more excited to see what kind of successes readers of this blog, B2B businesses and the tech community may have using GuessBox in 2016.

Stay up to date! Get all the latest & greatest posts delivered straight to your inbox